Enabling clients to build their identity and reputation by creating the best Web and Mobile Apps. We at HUNER the apps development company, believes in producing the products that are both effective and affordable, and with a team of experienced developers who have the capacity to build data intensive and performance-oriented applications, we generally see our beliefs turn to reality. Simply understand our six steps of application development process: 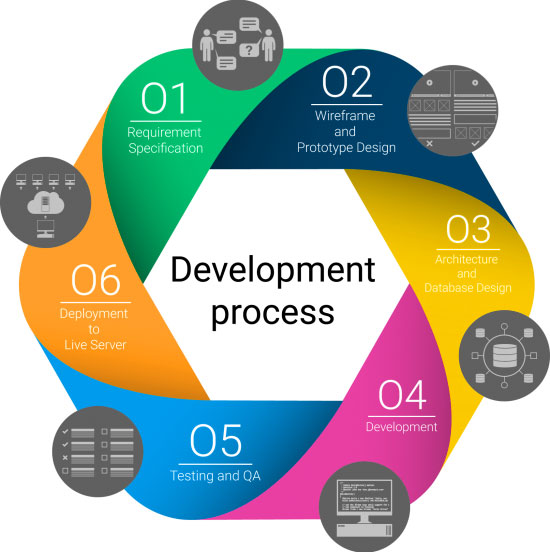 With an increase in the number of mobile users, web apps, which used to be the central focus of the businesses, have become only elementary aspect in the digitalization of businesses. The element that has gained much prominence in the business digitalization process is mobile apps. Given the importance of mobile apps in the present time, we have made mobile apps development for Android a major area of focus. An experienced team of developers and an effective internal workflow enables us to do produce affordable yet effective mobile apps for our clients.

As the best web app development firm in India, we are not limited to using just the conventional tools of development, instead we try to find novel ways of dealing with our projects so that the clients end up with the most novel app in the market. However, novelty is not the only thing we're after, novelty plus usability is our primary goal. We understand the importance of UI/UX design in a development cycle and so our experienced team of UI developers work alongside the web and mobile app development team to produce a final product that users would certainly love to engage with.